Smith, a Southern California native, grew up in San Diego and went on to play college football at the University of Oregon where he threw 45 touchdowns and over 5000 yards in just two seasons for the Ducks.

After 4 years in the NFL, Smith retired and started his coaching career at Grossmont College, and then the University of California, where he was a graduate assistant on Jeff Tedford’s coaching staff. Later on, he had several successful seasons coaching quarterbacks in various high schools around San Diego.

Maranatha Athletic Director Sammy Skinner commented, “Adding Akili Smith to Coach LaVar Arrington’s staff is not only a great addition for our football program but also for our campus community at Maranatha. Smith brings an incredible knowledge of football and a passion for teaching young men with Biblical principles and leadership.”

Head Football Coach LaVar Arrington, the number 2 overall pick in the 2000 NFL Draft shared, “Akili is a fine man, role model, and a responsible and gifted teacher. He understands my mission as a Head Coach and he understands the mission of Maranatha. His determination to make players better sets him apart from the rest. His resume as a player speaks for itself, but his ability to teach and mentor developing young men is even better.”

Smith is looking forward to being part of the Maranatha High School family. His goal is to help nurture and develop young men of great character. Smith remarked, “I am excited to win league championships and hopefully a CIF title, all while sending these young men to universities where they can continue their personal growth on and off the football field.”

Maranatha High School is proud to welcome Akili Smith and his family to our community. 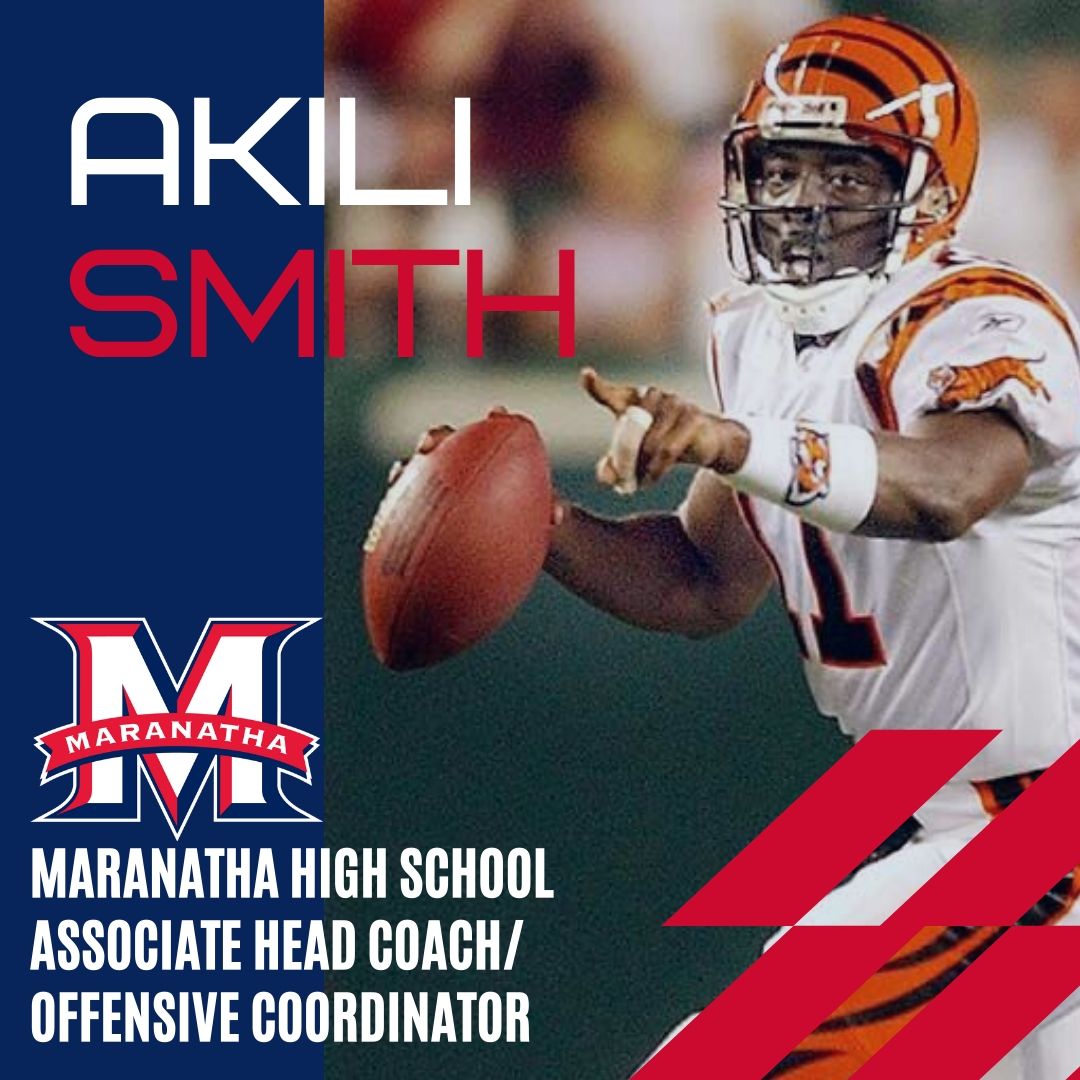