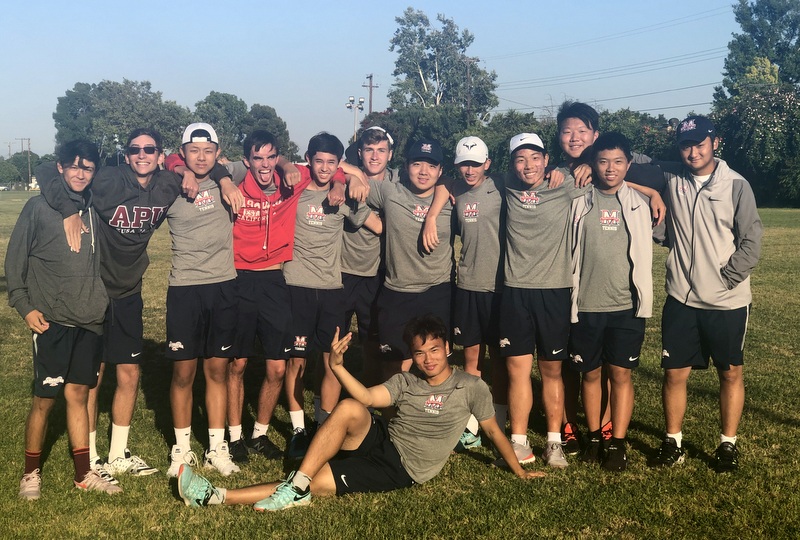 After playing one another last week, neither the Sentinels nor the Minutemen had a clue that they would face each other once again in the CIF playoffs; but that’s exactly what happened.

As happened last week, the Minutemen got out to a 6-0 lead after the first round and were 12-2 after two rounds.

Maranatha’s doubles teams had a score to settle, as they lost the doubles battle, 4-5, last week. This time, they were determined to turn that around,. They succeeded defeating their doubles counterparts, 7-2, in sets full of playoff intensity.

The top-seeded Minutemen next host the undefeated #8 Arrowhead Christian Eagles in the quarterfinals on Monday, May 6, at Pasadena High School at 3 p.m.