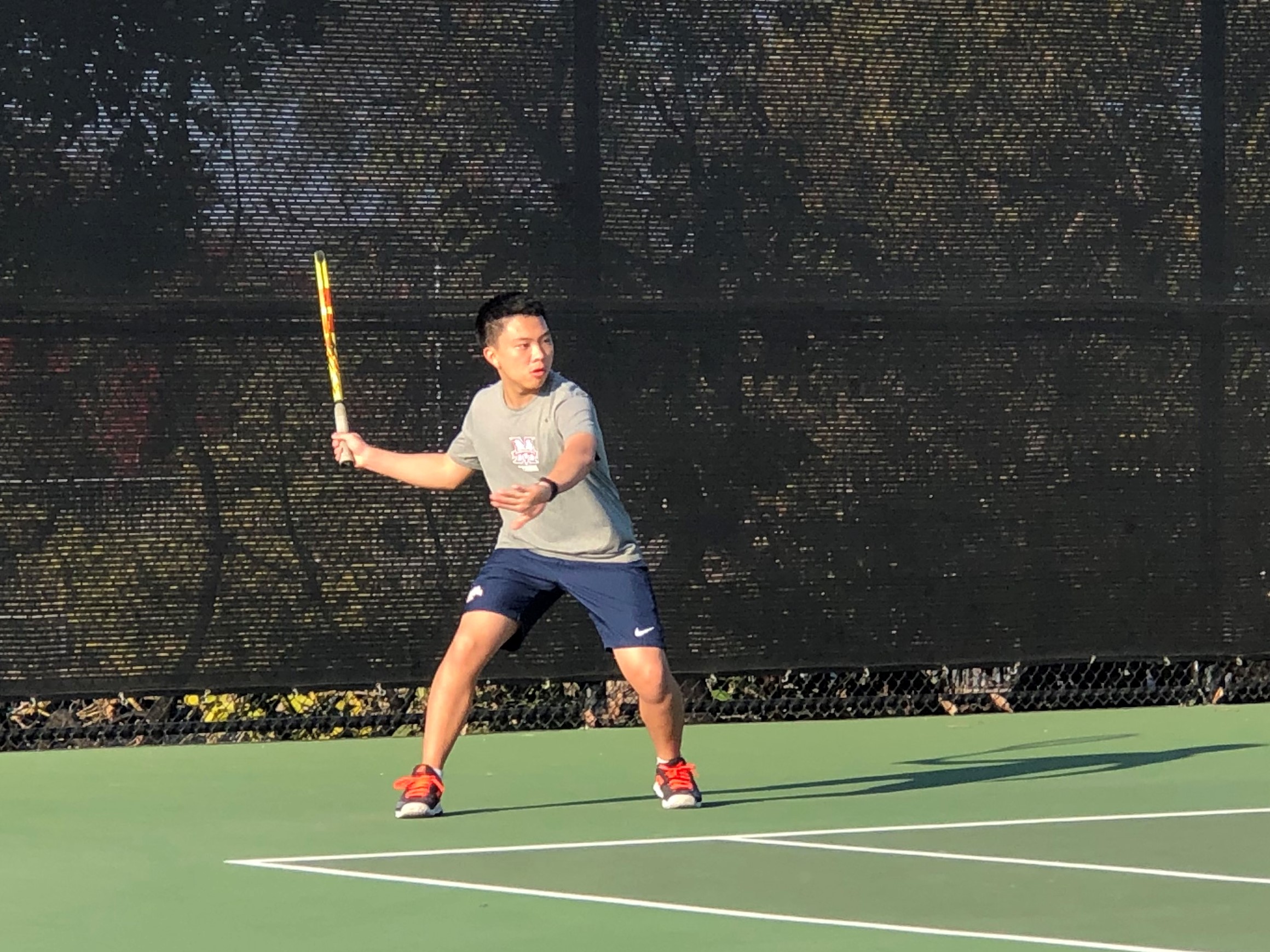 It was the final set of the day as captain Michael Mathews was in the middle of mounting a huge comeback, before injuring his ankle and halting his comeback. Mathews was down, 1-4, before figuring out how to beat his opponent from Buena Park. Once he figured it out, he won 3 straight games to tie the set at 4-4 before narrowly losing a Deuce +1 to go down, 4-5. He was ahead 40-15 when the injury occurred.

After Mathews’ forfeited set, singles was able to muster 3 sets, with Mathews and Tim Huang both disposing of the Coyotes’ #1, 6-0. The day’s longest set was a duel between Huang and the Coyotes’ #2, who took an early 3-0 lead before Huang stormed back to even it up, 3-3. Nearly every point was long and nearly every game went to Deuce before Huang fell, 4-6. Freshmen Shahe Yerevanian (1-6, 0-6) and Zack Vanneman (0-6) each gained valuable experience, which Coaches Arthur Hsieh and Wes Ying hope will prove helpful to the team at the end of the season.

Down to the minimum 9 players, the Minutemen play their 3rd match in 3 days on Thursday, as they play their home opener against Duarte at 3 p.m. at Pasadena High School.