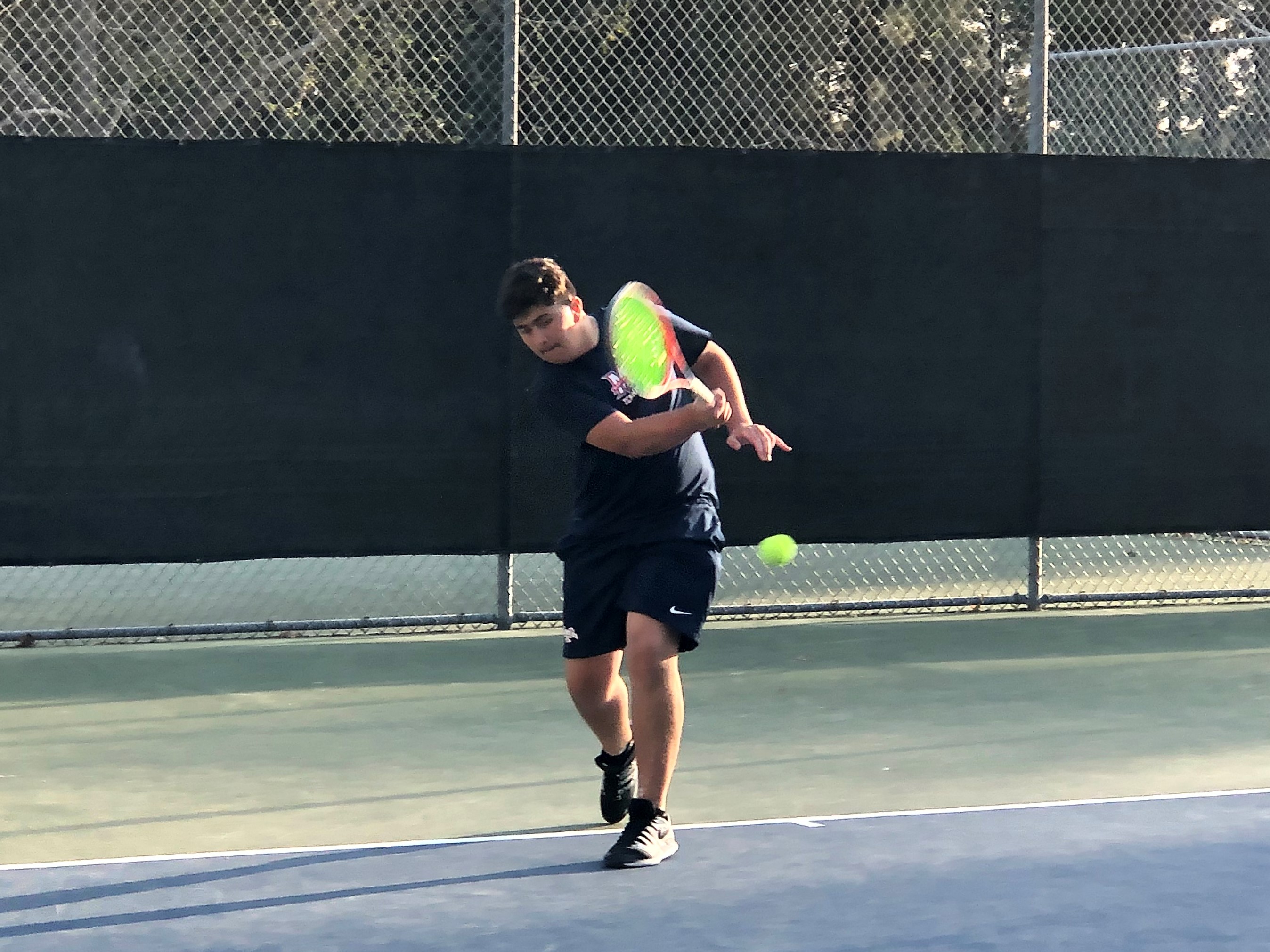 It was a strange day. After yesterday’s match v. Azusa was rained out yesterday, and with rain in the forecast for tomorrow, the teams took advantage of today’s sunshine and rescheduled tomorrow’s match to today at the last minute, with two MHS players arriving late after taking tests that were already planned for today. It was also the day that startling nationwide decisions regarding the coronavirus took place (NBA suspends season, UCLA/USC and other universities close classrooms to students, etc.), resulting in the Minutemen and Moors not shaking hands during introductions and post-match hand-shake lines for precautionary reasons.

Once on the court, the Minutemen were back in their element, as they handily defeated the Moors, securing the victory after two rounds of play. Coach Arthur Hsieh continued to tinker with his lineup, moving players around and trying different combinations.

Next up for the 7-1 Minutemen is a road trip to La Habra to face Fairmont Prep on Tuesday, March 17.