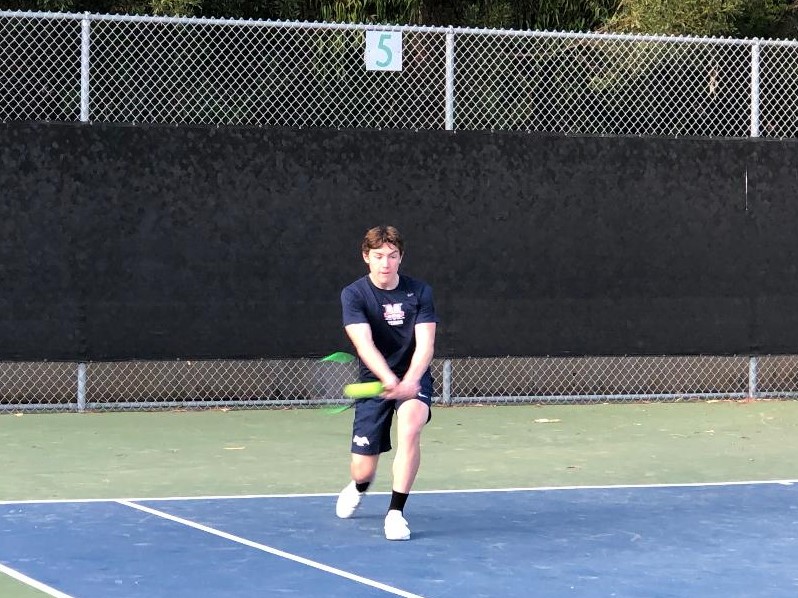 In the second of three matches this week, the MInutemen moved to 6-0 on the season as they faced the young, upstart Geffen Academy at UCLA. This is only the third year of the school’s existence; Though they don’t even have a senior class yet, they are already CIF-SS playoff tested, having played two matches in the playoffs last season, with only a freshen and sophomore class.

With a new 2-star #1 freshman player and last year’s returners, it was clear from the get-go that this team knew how to play. #1 singles, Jake Scott lost his serve early to the Bruins’ #1 to go down 1-2. From then on, they played neck and neck the rest of the way, each holding serve. Unfortunately for Scott, the set ended on his opponents’ serve, giving him a 6-4 win over Scott. #2 Nico Engling and #3 Kenny Cho both won their first round sets, 6-3.

At #1 doubles, Michael Mathews, who is still coming back to form from his injury, and Tim Huang, narrowly defeated the Bruins’ #1, 6-4. #2 Alex Forsyth/Jordan Miao and #3 Shahe Yerevanian/Joshua Im won their sets, 6-0 and 6-1 respectively, giving MHS a 5-1 lead after the first round.

On Thursday, in their third match of the week, the Minutemen face their toughest opponent to date, the D3 Raiders of Rowland at Rowland, a perennial presence in the CIF-SS playoffs.