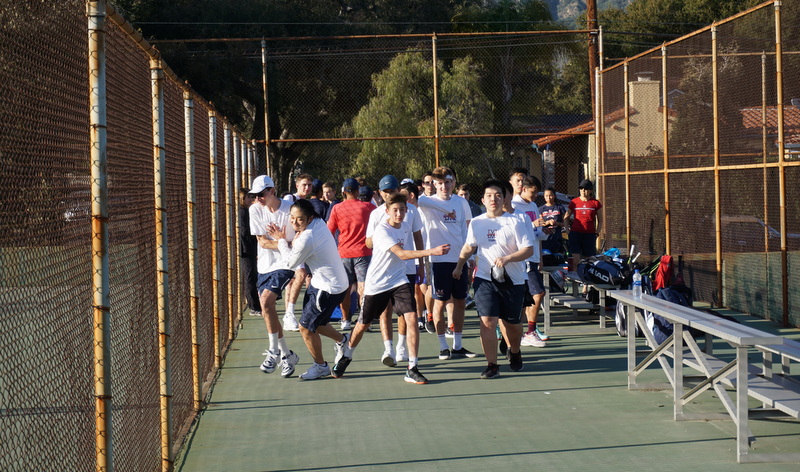 After sweeping the first round, MHS’s doubles teams faltered badly the rest of the way, going 1-5 and losing the overall doubles battle, 4-5. The team was carried by the singles corps of Daniel Guan, JP Collins, and Nico Engling, who went 9-0. The Minutemen end the regular season at 15-2, while the Sentinels finish at 15-4.

Both teams lost in the CIF-SS Finals in 2017, with the Minutemen losing in the D4 finals and the Sentinels losing in the D5 finals. Next up for both teams is the the 2019 CIF-SS Playoffs, with both teams in D4. The draws come out on Monday. Playoffs here we come.