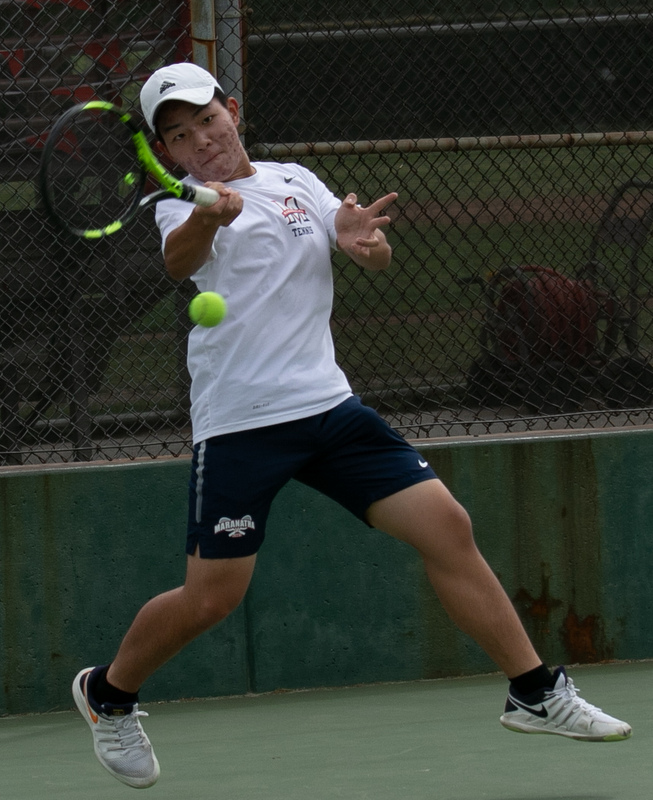 The third time was a charm as the #1 ranked Minutemen and the #3 ranked Matadors finally finished an early season match-up that was delayed twice due to rain. With MHS coming in with a 5-1 lead after the first round, the two teams finished the second and third round today with a 12-0 sweep. Eight of today’s sets were won, 6-0, while three were won, 6-1. #2 singles, JP Collins, completed a “triple bagel,” winning all three of his sets, 6-0.

The day’s biggest drama came when doubles player, Kenny Cho, was nailed in the face by an opponent’s overhead smash in the first set against the Matadors’ #1 team. With blood everywhere, play stopped on all doubles courts to see if Cho was ok. Dazed, Cho got up on his own power and headed to the restroom for a medical time out. Would he be able to finish the set, or would they forfeit? Cho returned with a vengeance, playing his best, most focused tennis of the season. He and his partner, Tim Huang, mowed through San Gabriel’s #1 and #2 teams, 6-1, 6-0.

The Minutemen (14-2) complete their regular season on the road on Thursday against the Magnolia Sentinels (15-3).