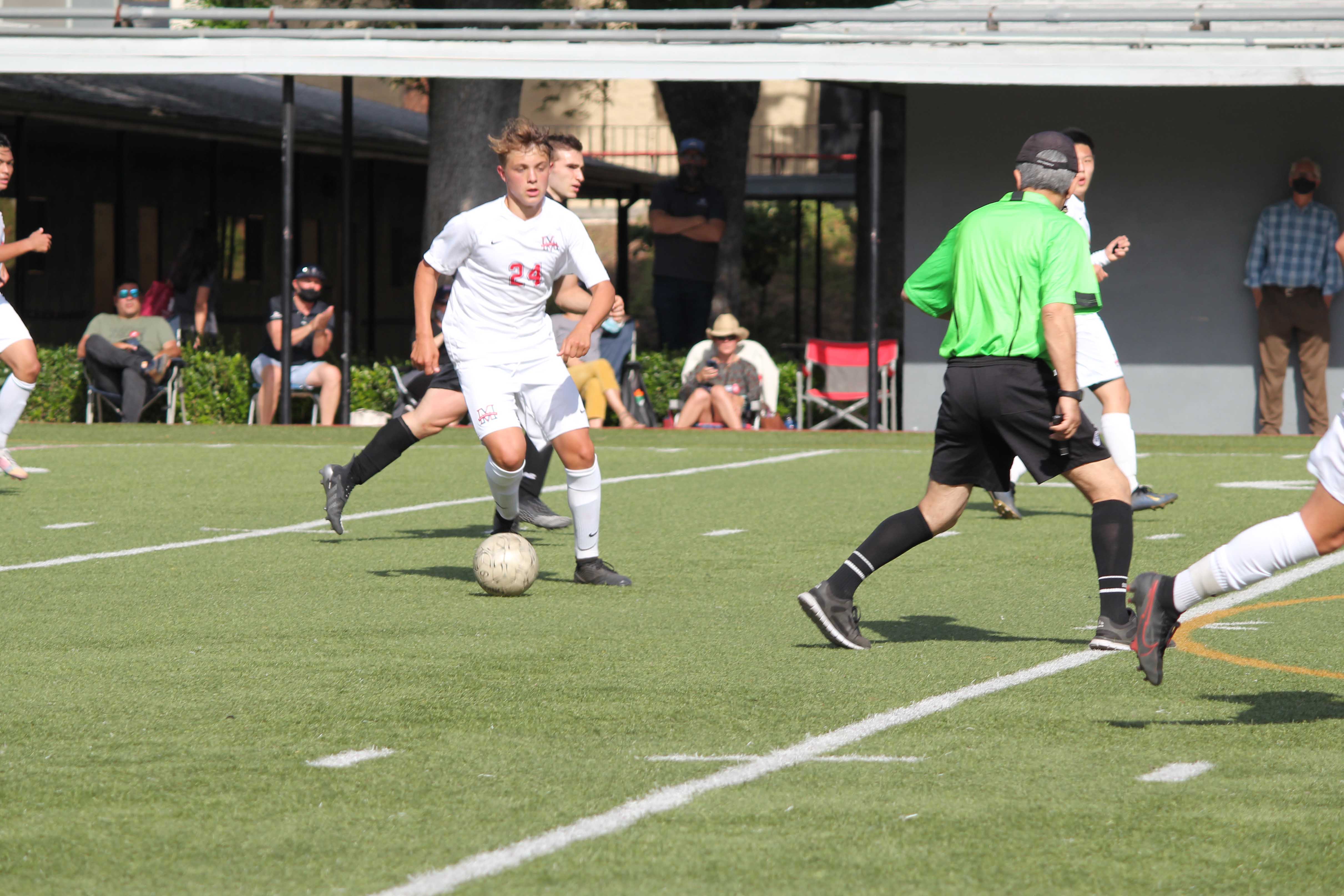 On Tuesday, April 6th, Maranatha traveled to Village Christian to take on the Crusaders in the first game of Olympic League play. The Minutemen opened the scoring in the seventh minute when freshman George Peterson whipped a ball into net from the right side just outside the 18 yard box. Maranatha continued to pressure the Village defense, and forced an own goal with seven minutes left in the first half. After the restart, the Minutemen opened up the scoreline, when senior captain Matthew Morales fed a pass to fellow senior captain Matthew Malhotra, who beat the Village keeper. Four minutes later, it was Malhotra who linked up with midfielder Trey Topalian in the box. Topalian ripped a shot into the roof of the net, putting the Minutemen up 4 – nil. Less than ten minutes later, Peterson sent a through ball to Malhotra, who notched his second goal of the game, icing the matchup. Maranatha conceded only one goal late in the second half, as the Minutemen defense held strong. Maranatha next plays Valley Christian at home on Friday, April 9th, with a 5:30pm kickoff.