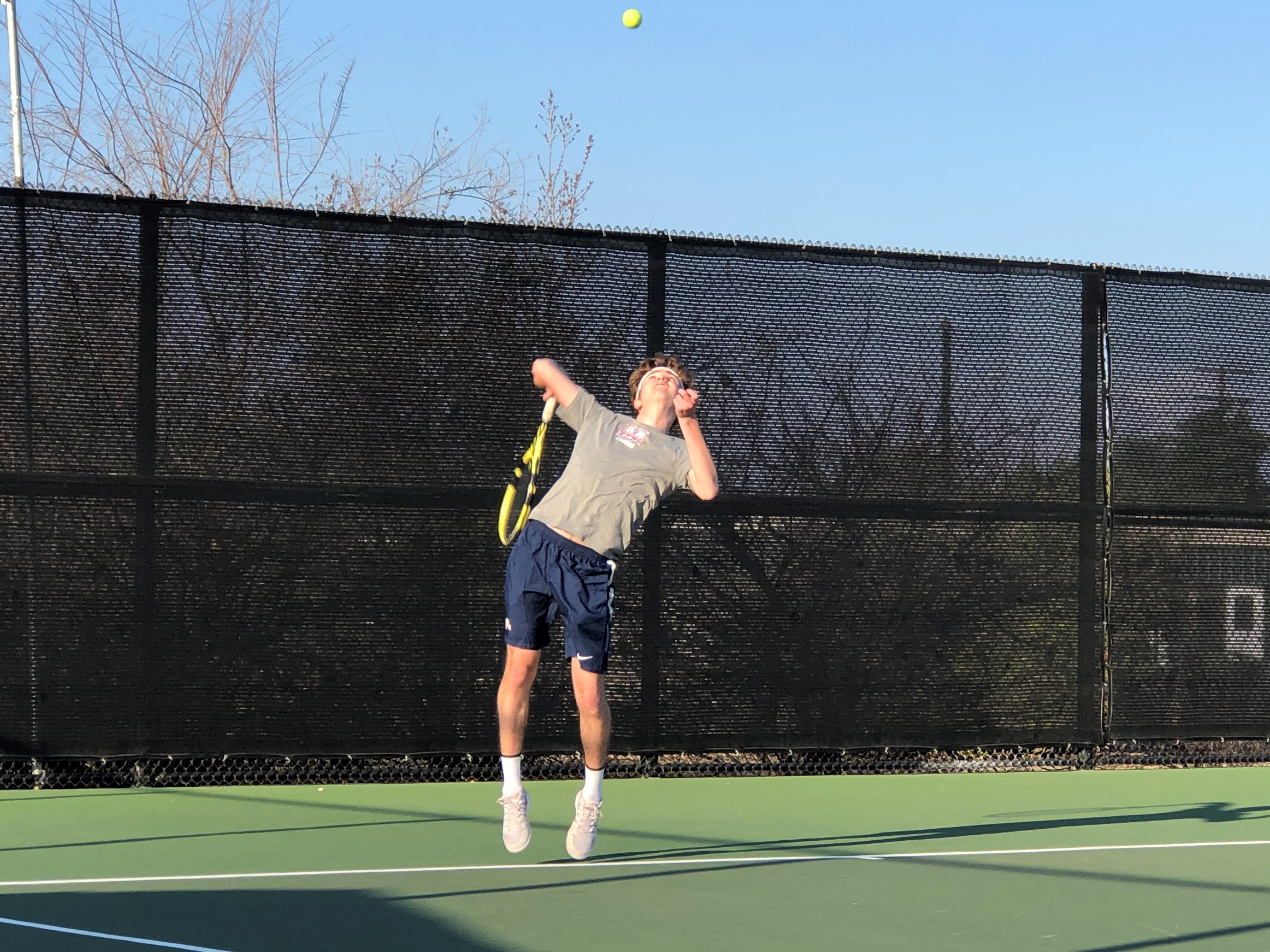 The Minutemen began a grueling week in strong fashion with a convincing victory over the Lions of El Monte. The last time they played in 2017, MHS eked out a close 11-7 win. Today’s match was quite the opposite, as the Minutemen reeled off 17 straight sets until #1 doubles, Jordan Miao/Joshua Im, were upset, 4-6, in the final set by the Lions’ #2 team.

This was a big day for the Minutemen, as they saw the return of captain Michael Mathews and Alex Forsyth, both of whom have been out of commission due to injury and illness for nearly two weeks. Coach Arthur Hsieh eased them both back into the lineup, with Forsyth playing two sets and Mathews playing one; all with Cho.

The Minutemen improve to 5-0 on the season. They are on the road for tough back to back matches on Wednesday at Geffen Academy at UCLA, and on Thursday at Rowland High School.