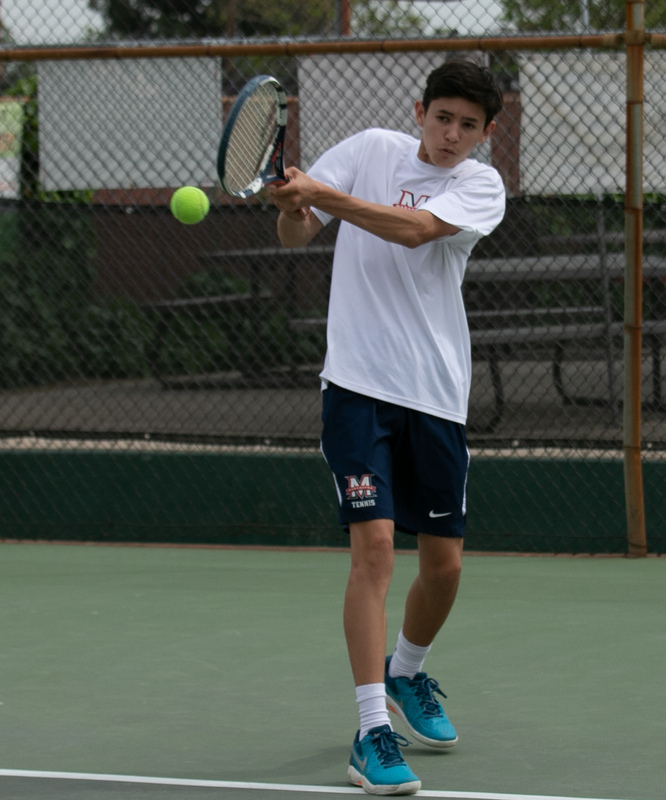 In the first match between the schools in at least 10 years (if not ever), Maranatha was too strong and deep for the Oilers, who just didn’t have the manpower to hang with the Minutemen.

All starting singles players swept the matches they played in before being subbed out. Subbing in for Daniel Guan, alternate Zack Yang earned a hard-fought 6-3 victory, the first of his career. Fellow alternate Jimmy Lu will have to wait for his first victory, as he lost 0-6.

With 3 matches to go in the regular season, the DIF-SS D4 #1 ranked Minutemen face the formidable CIS-SS D2 #10 ranked, Walnut Mustangs at Walnut HS on Monday at 2:30 p.m.