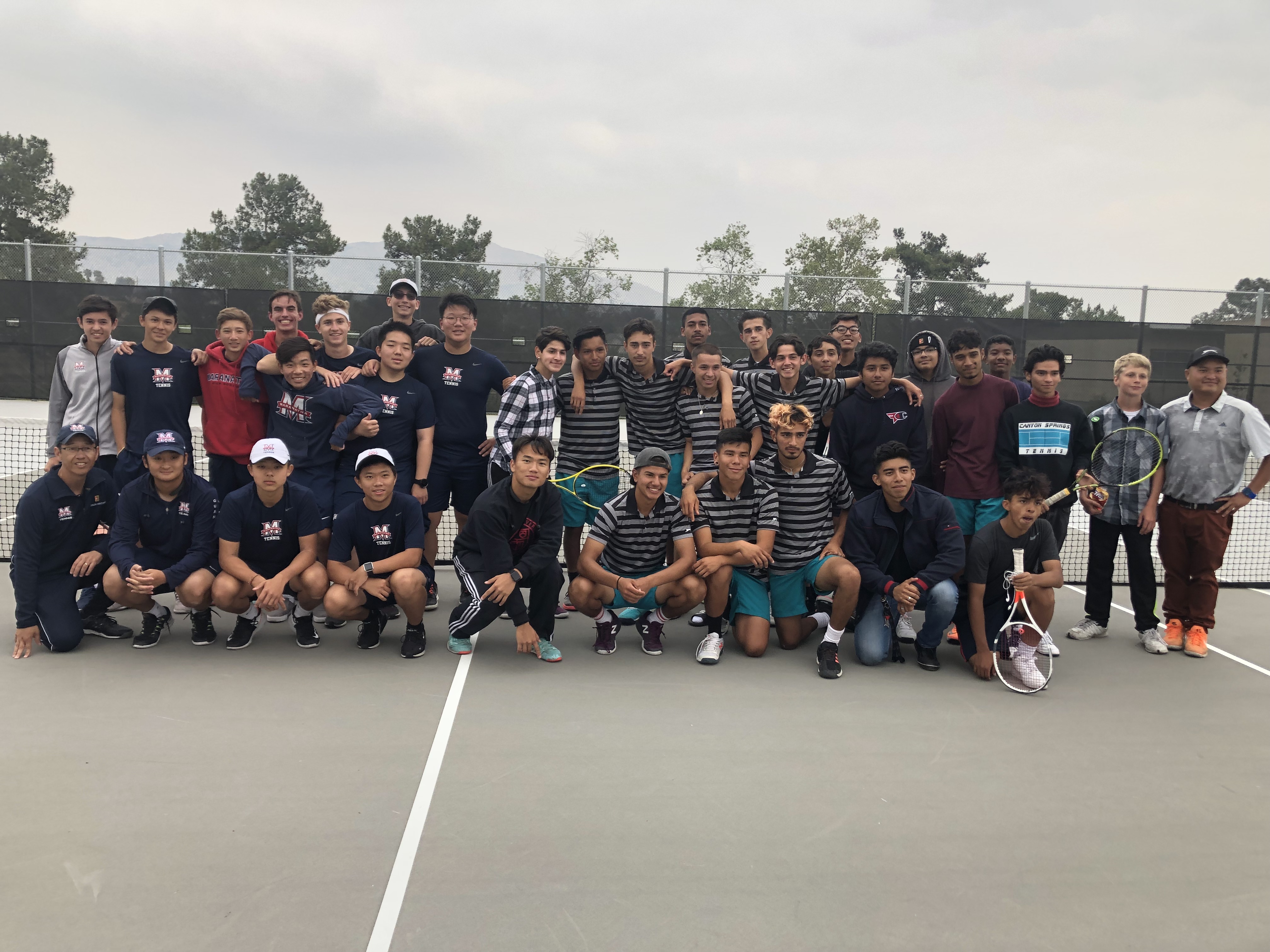 With a berth in the CIF-SS Div. 4 Finals on the line, the #1 Minutemen faced a determined and gritty #4 Cougars team that just pulled off a come-from-behind victory over #5 Milken Community the day before in the quarterfinals.

Though the score may look like the Minutemen had an easy time of it, that was not the case, as the Cougars put up a fight on each court and never gave up. Maranatha just had a little more in the tank on each court, raking in 8 consecutive wins before losing the a set. By the end of the second round, the MHS had won the match, leading 11-1. They subbed in an alternate on each doubles court for round 3, losing two.