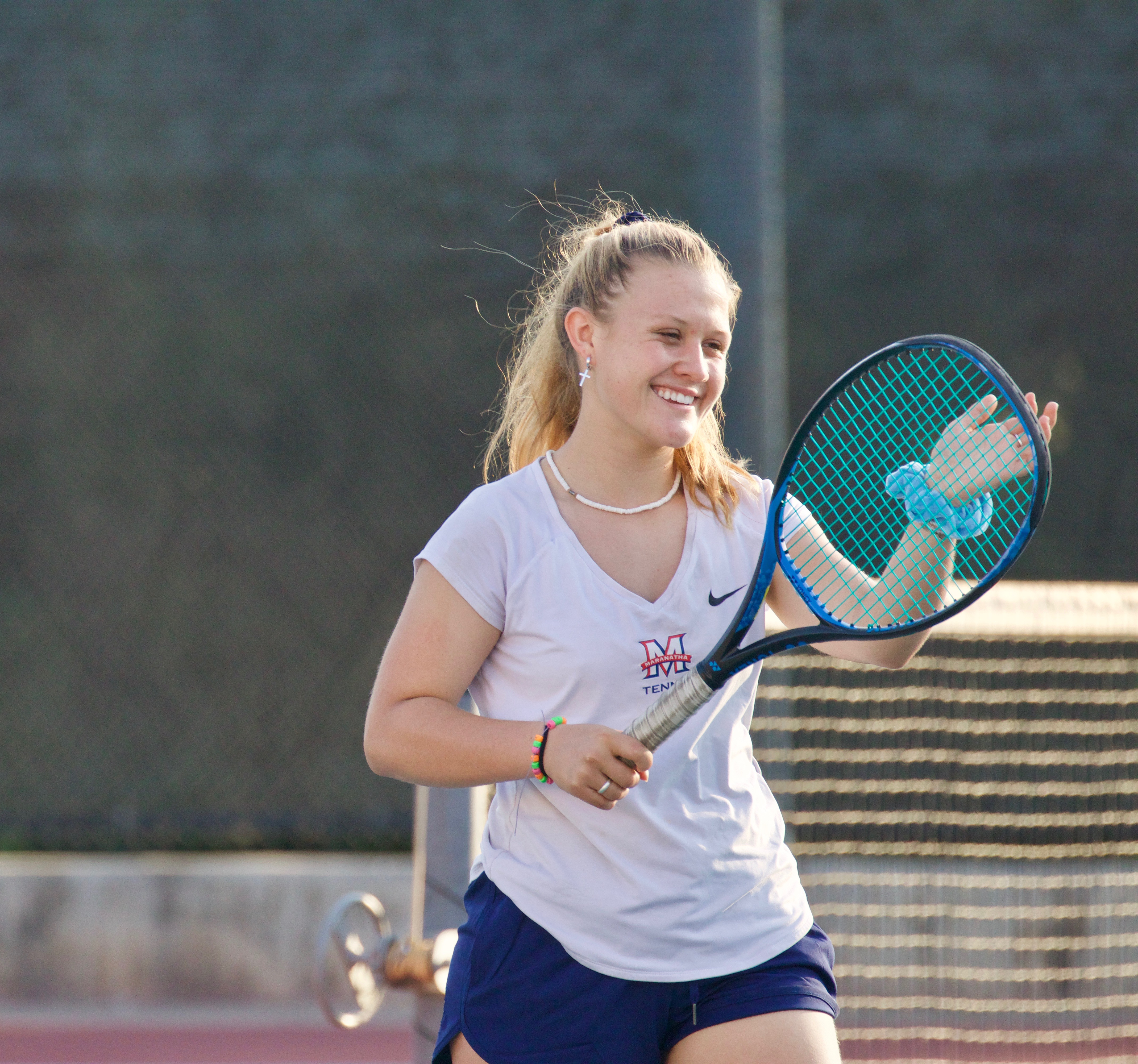 Both Valley Christian and Maranatha made big adjustments to their line ups from last week’s 14-4 MHS victory at VCS. Trying to put more points on the board, the Defenders moved two of their singles players (including #1 Kai Kane) to doubles. Maranatha barely fielded a full team today due to injury and sickness.

With Olympic League Doubles MVP, Michael Wilkins, out of action, as well as All-League Doubles First Teamer, Amanda Yee, the Lady Minutemen entered the match needing a strong collective effort on the doubles side, which they got.

Moving from singles to doubles, MHS’s top player, Maddie Kane, teamed with Wilkins’ partner, Aria Haver-Hill, at #1 doubles and completely overpowered their opponents, 6-0, 6-0, 6-0. Moving up to #2, Bethany Ang and Stella Hsieh, won two sets, going 2-6, 6-4, 6-0. #3 doubles featured the first-time pairing of alternates Fay Sheng and Audrey Loh, who went 6-3 and 1-6 before forfeiting the set, down 1-2, after Loh was hit in the face with a ball and the trainer shut her down.

The Lady Minutemen are hoping they’ll be able to get Wilkins and Yee back before their big match against the mighty Panthers of Pasadena Poly next Friday, Oct. 4. Before that, MHS hosts the winless Heritage Christian Warriors on Tuesday, Oct. 1 at Pasadena High School at 3 p.m.