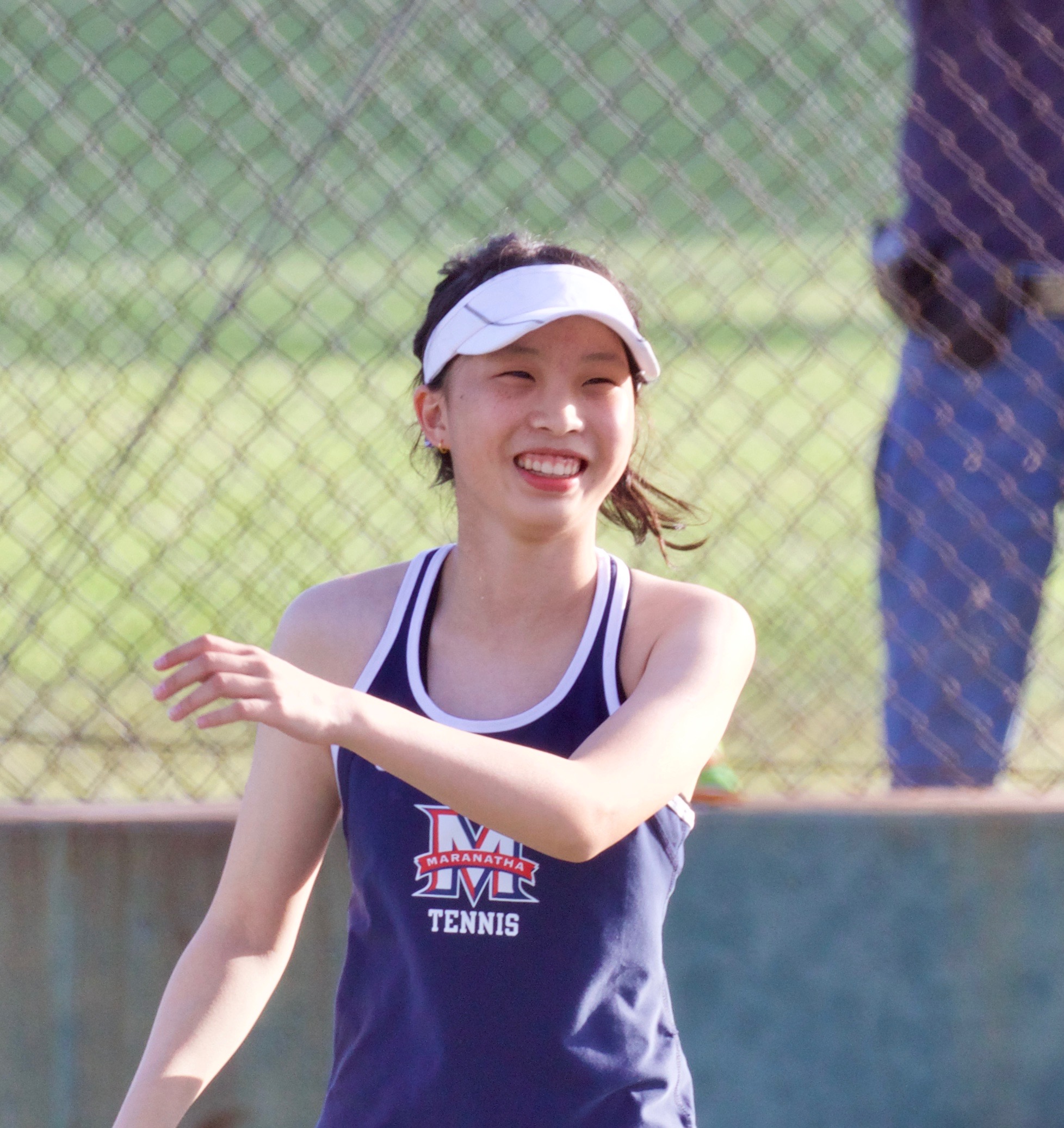 After last weekend’s sudden turn of events for the Lady Minutemen (with the loss of their league MVP’s and other injuries), what was originally going to be a competitive match between two of the top teams in Pasadena was now a match-up of a fledgling team learning the game against a traditional powerhouse. Maranatha is now forced to start 6 underclassmen (four freshmen) as opposed to the 7 upperclassmen that started for last year’s CIF-SS D5 championship squad; and with 3 players out for the season, they no longer have any reserves. The new starting line-up will play the entirety of the rest of the season. Guided by the leadership of their two remaining seniors, Malena Smith and Aria Haver-Hill (now playing #2 singles), the rebuild for a new future starts now for the Lady Minutemen.

In this match, MHS fought the best they could, but the Panthers’ aggressiveness, power, consistency, and experience were just too much to handle. Newly-minted #1 singles, Malena Smith contributed Maranatha’s only two points of the day with quality 6-4, 6-3 victories after dropping her first set, 0-6. It was a baptized-by-fire kind of day for the rest of the team, as they played hard but were just outclassed.

If the right mindset and perspective are present, matches like these can teach a team a lot and serve as a great launching pad for the future. Time will tell if that will be the case for the Lady Minutemen, who must now figure out their identity and determine how they will approach the remainder of the season. Stay tuned.

Maranatha’s next match is the season’s final against the Olympic League second place team, Valley Christian Defenders at Pasadena High School at 3 p.m.