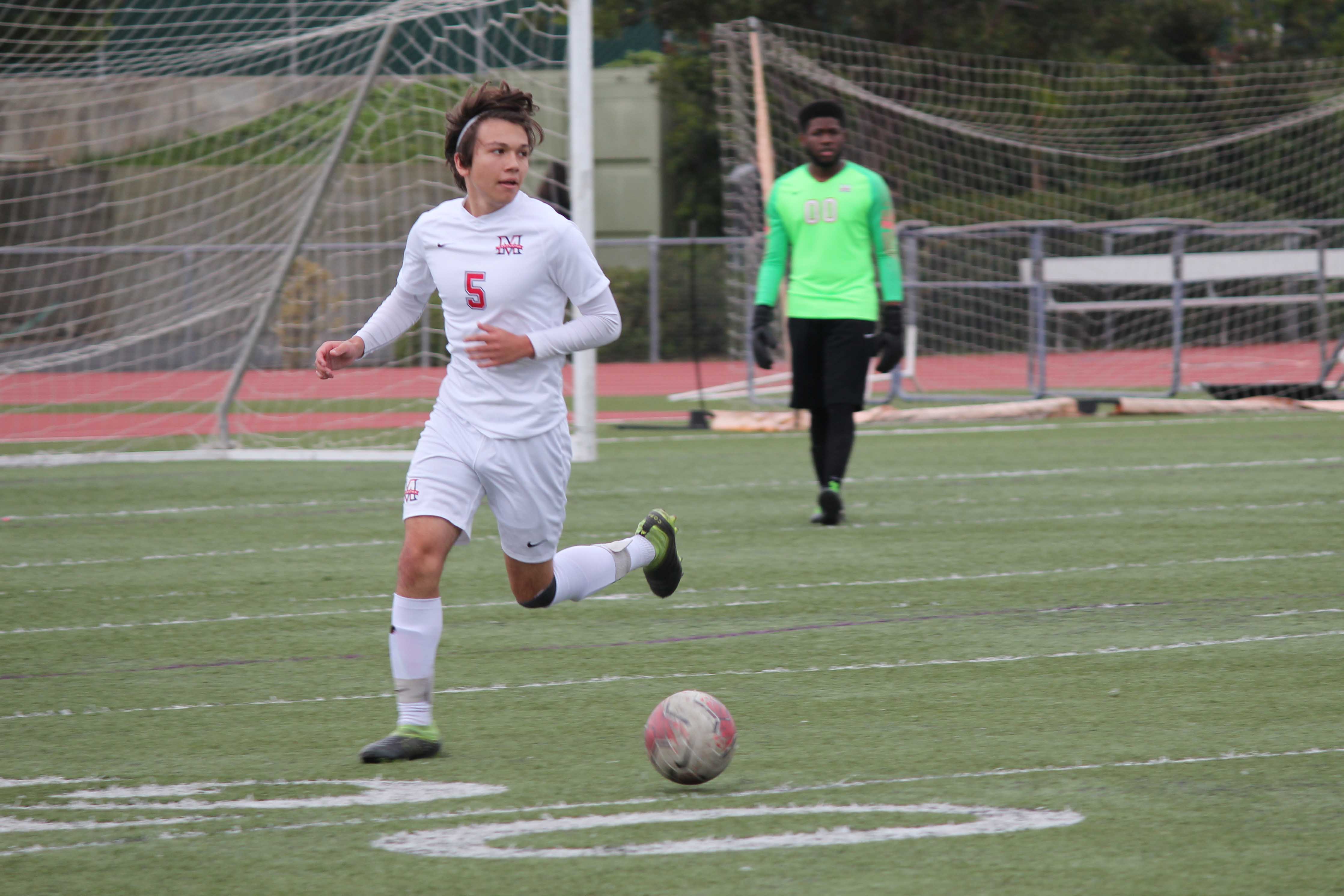 On Tuesday, Maranatha traveled to Heritage Christian to face off against the Warriors. The Minutemen wasted no time in the attack, and jumped up 1 – 0 off an early goal by junior midfielder Treyton Topalian. Fifteen minutes later, senior captain Matthew Morales added another goal to the tally, as the offense really began to click. Twelve minutes later, it was Morales again, this time assisting freshman forward George Peterson, who neatly turned and fired a shot to the back post past the Heritage keeper. Just before the break, an unintentional hand ball in the box gave the Warriors a penalty kick, which resulted in the only goal on the scoreline by Heritage.
After the restart, it was Morales again who found the net, heading the ball in off a perfect cross in from the wing by Topalian. At the closing whistle it was 4 – 1 in favor of the Minutemen. Maranatha improves to 2 – 1 in the Olympic League, and 3 – 3 overall. The next game is at home against Whittier Christian on Tuesday, April 20th. Kickoff is at 5:30pm.