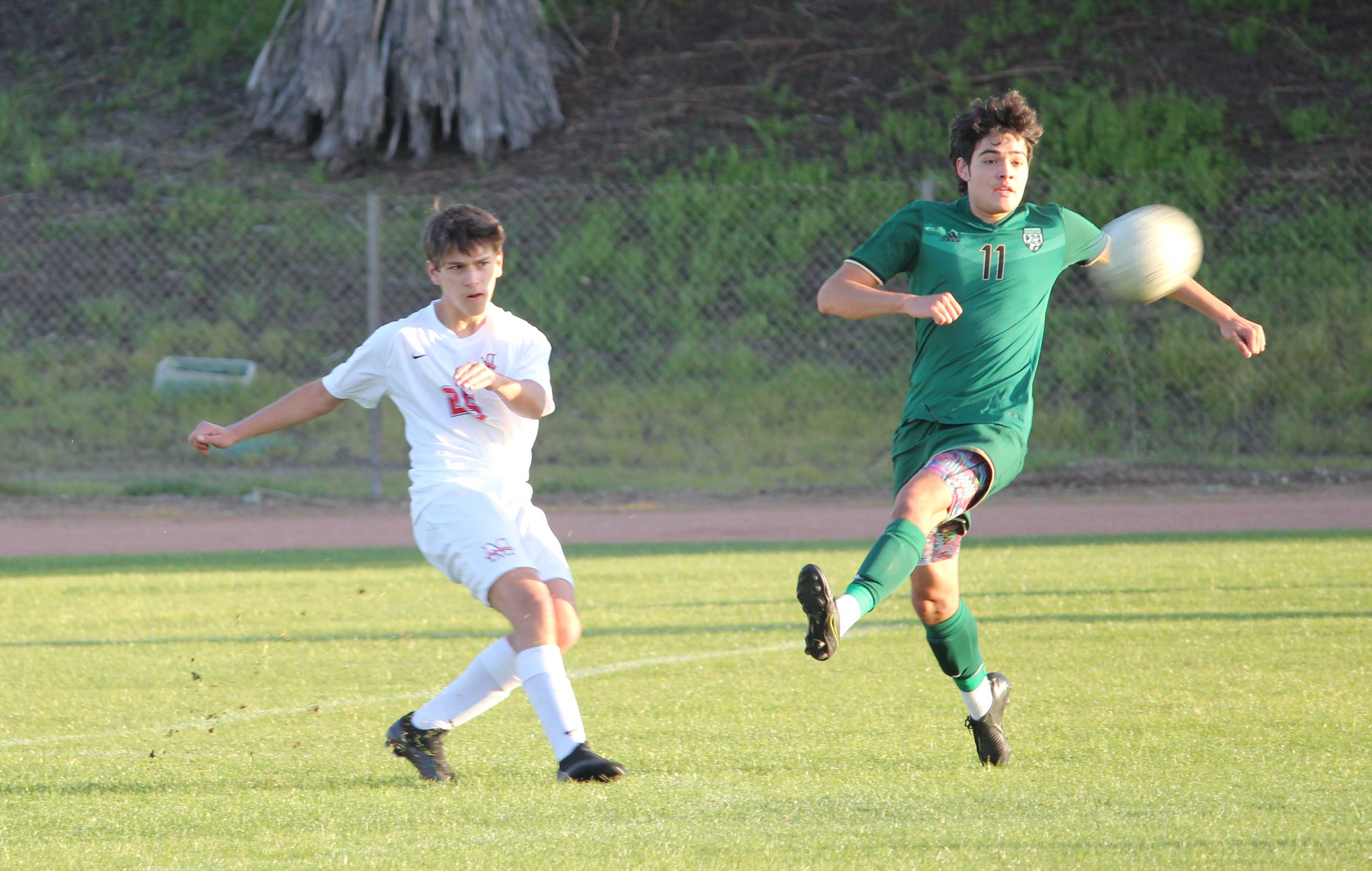 Maranatha kicked off the much anticipated 2021 season on the road against the Knights of Ontario Christian on Tuesday. The match was a gritty duel, with both teams eager to get on the pitch and compete. The Minutemen did not disappoint the small but faithful fan base who cheered wildly as Maranatha struck first in the opening minutes of play. Senior Matthew Morales beat a pair of defenders and crossed the ball to junior Chris Abramian at the back post, who collected the ball and neatly played it past the Knights keeper into the net. Ontario would respond later in the first half, and found the equalizer minutes before the break. The Minutemen regrouped, and came out firing in the second half. Freshman George Peterson played a ball into the box for senior Mac Cole, who calmly finished, putting Maranatha ahead 2 – 1. The Minutemen never looked back, and it was Peterson again, who drove past a pair of defenders, and notched his first goal of the season to ice the game. Junior keeper Isaiah Crowell gets the win in goal, and freshman center back Miles Romero gets the player of the game nod from head coach Sam Mahtani. Maranatha will be in action next Friday, March 26, on the road against St. Francis. Kickoff is at 5pm.