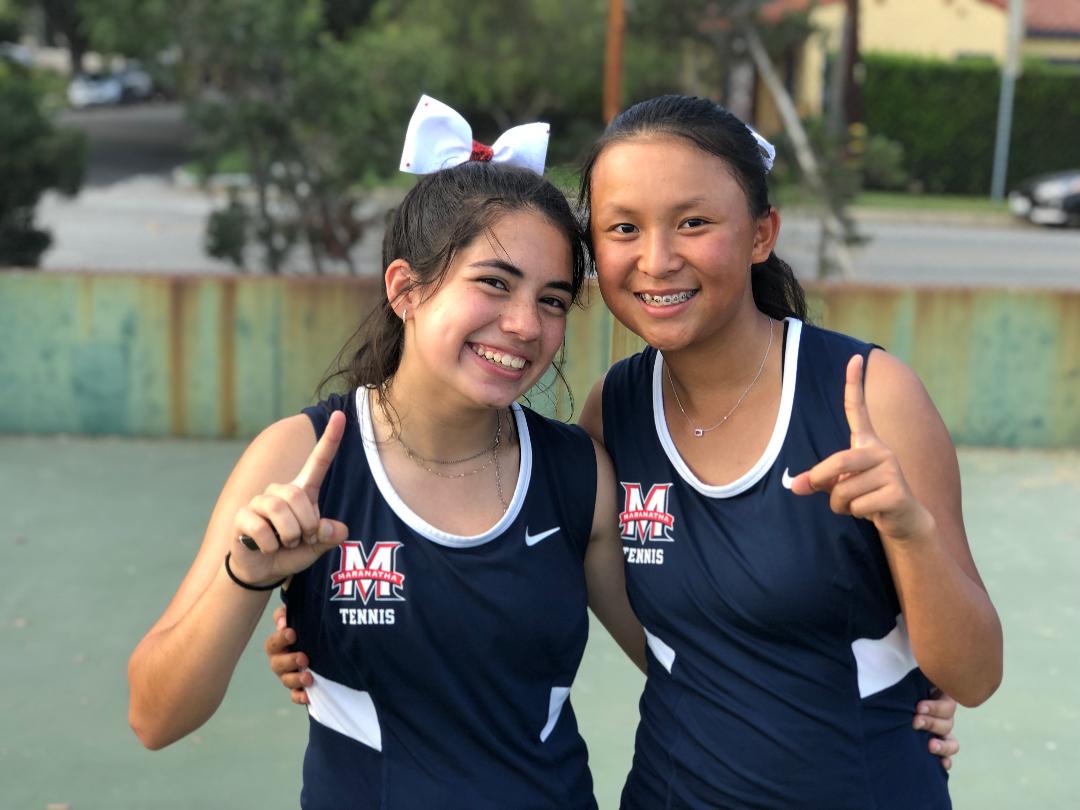 The defending 2018 CIF-SS D5 champions opened the 2019 campaign with a convincing win over the undermanned Bulldogs of Pasadena., For the most part, the veteran returning starters took care of business methodically and efficiently.

In doubles, defending Olympic League doubles champions and runners-up, #1 Michael Wilkins/Aria Haver-Hill and #2 Georgia Wilder/Amanda Yee showed their experience and confidence, sweeping their opponents while working out some off-season rust.

Today marked the high school debut of #3 doubles, Bethany Ang/Stella Hsieh, who showed lots of potential in their 6-0, 6-2, 6-0 sweep. It was a fitting way to celebrate Ang’s birthday today.

MHS is on the road once again tomorrow to play a familiar opponent, San Gabriel. The match starts at 3 p.m.