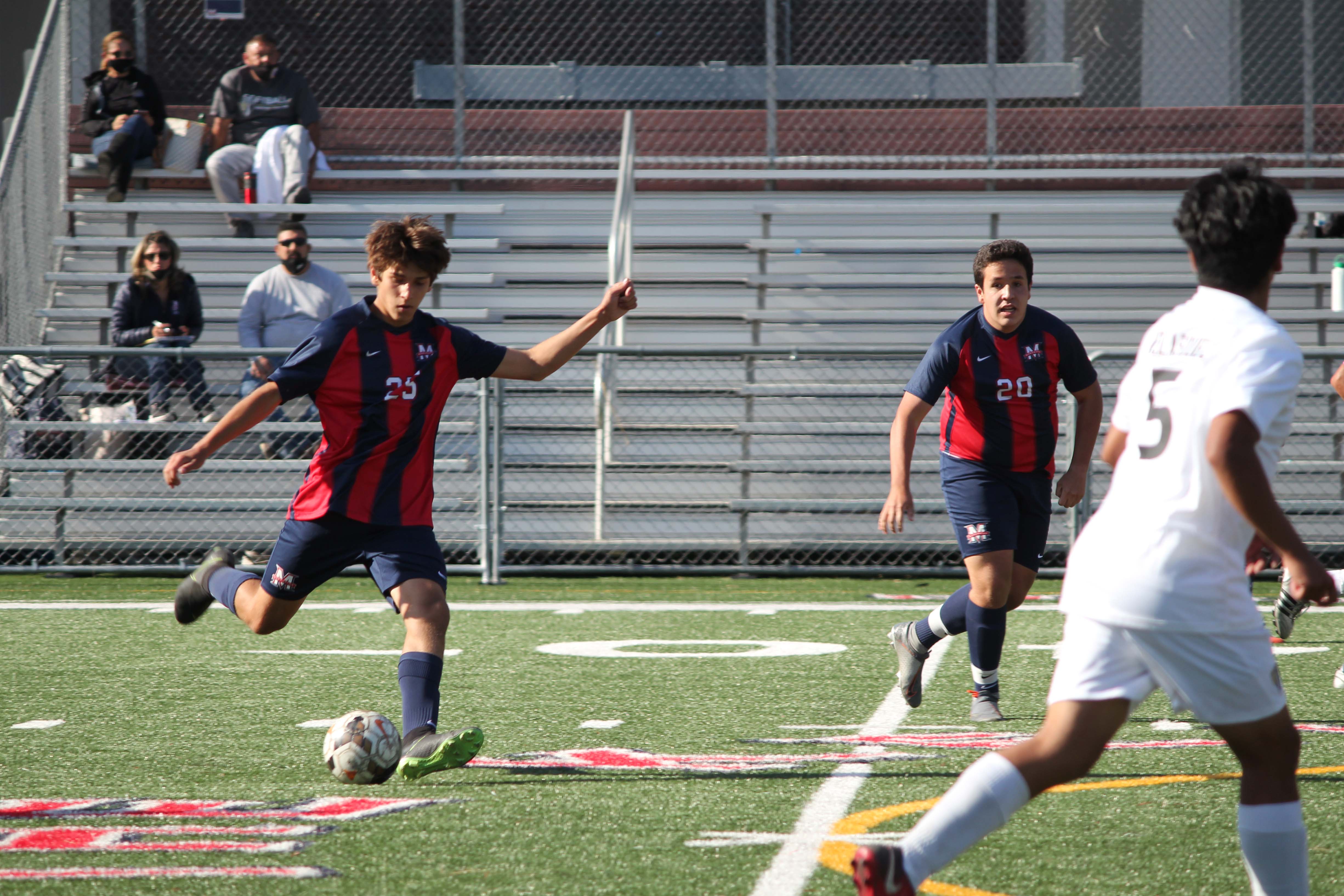 On Tuesday, Maranatha hosted Heritage Christian in the second league meeting of these two teams. The Minutemen needed a win to keep post-season hopes alive, and spent the first half probing the Warriors defense for an opening. In spite of several chances, the net proved elusive, and Heritage scored first off a counter attack opportunity. However, Maranatha was resolute, and responded minutes later when senior captain Matthew Malhotra found Trey Topalian near the back post. Topalian ripped a shot past the Warriors keeper, and the score was level at the break. After the restart, Maranatha scored again, when senior Steve Campodonico’s shot was deflected by the Heritage keeper, right to the foot of senior forward Matthew Morales, who drove it home. Minutes later, a five pass build-up put the ball at the feet of Morales again who fired a shot on goal that was parried out by the Warriors keeper. Fellow captain Matthew Malhotra quickly pounced on the deflection, and put the ball into the back of the net. His finish would prove to be the game winner. Heritage answered with a second goal later in the half, but the Maranatha offense was not finished. With less than ten minutes left in regulation, Morales deftly dribbled through the entire Warriors back line and beat the keeper. At the final whistle, the scoreline was 4 – 2 in favor of Maranatha. The Minutemen will be back in action on Tuesday, May 4th hosting the Crusaders of Village Christian. Kickoff is at 5:30pm.