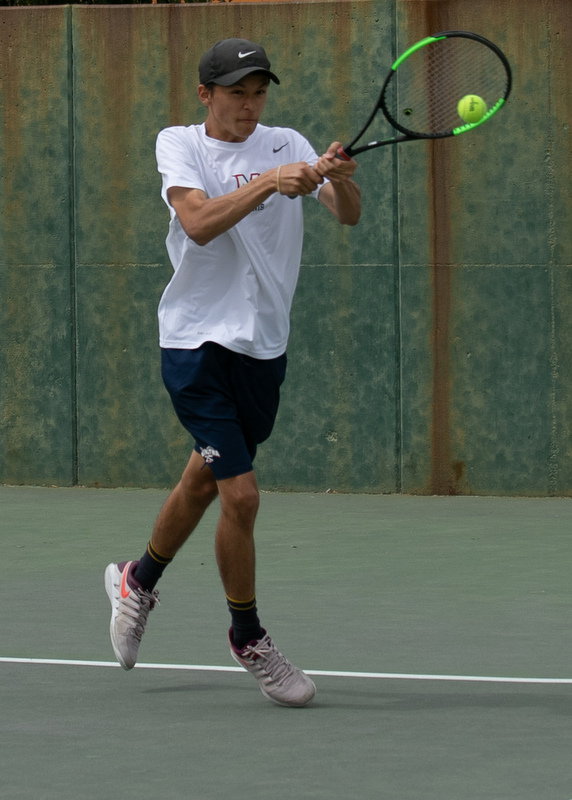 The reigning CIF-SS D4 Finalists enter the 2020 season with lots of questions that will be answered as the season unfolds. For the first time in his coaching career, Coach Arthur Hsieh will have a team without a clear top player to lead the way. Couple that with the fact that the Minutemen lost a lot of fire power after graduating their two top singles players and two of their top doubles players, and you have the makings of a very interesting season. Will the returners be able to band together and find a way to get win points collectively, without relying on automatic points from star players? Will the newcomers, who will be needed to contribute immediately, be able to learn and develop quickly enough to keep Maranatha in the hunt for a playoff berth, a goal this season that will have to be hard fought for and hard won.

Standing in their way will be significant hurdles. Now that Boys Tennis is no longer an Olympic League sport, the Minutemen are a freelance team that must play at least 19 matches and must win 80% of their matches to qualify for playoff consideration. With the loss of two more returners due to unique circumstances, the team is fielding only 10 players this season, leaving them very little wiggle room for injuries or illnesses.

Knowing all this, Maranatha played focused tennis in the season opener, playing on the road against the Lions of Westminster. Jake Scott (6-0, 6-1, 6-0) and Nico Engling (6-4, 6-0, 6-1) swept in singles, while Michael Mathews/Tim Huang (6-0, 6-1, 6-0), Kenny Cho/Alex Forsyth (6-1, 6-0, 6-0), and Jordan Miao/Joshua Im (6-1, 6-1, 6-1) all swept. It was the first career high school victories for newcomers Alex Forsyth and Joshua Im. Newcomers, Shahe Yerevanian and Zack Vanneman, played well but lost their singles sets and will be seeking their first victories as well this week.

It’s a brutal opening week for the Minutemen, who play back-to-back-to-back matches. Tomorrow, they head to Buena Park to play the Coyotes before playing their home opener on Thursday against the Duarte Falcons.